Please click here to view the latest information on how to access our services. Our Stafford practice is closed on Saturdays until further notice.

October through to May is the best time to geld a colt, preferably when it is dry and there is less chance of fly bother. A horse can be gelded when there are two fully descended testicles. The classic old wives’ tale is that if you want a fine leggy horse then geld them early, and if you want a bigger stronger horse then geld them later. However, the older the horse the more likely that complications will arise due to infections or post op bleeding. For this reason, we would advise early gelding.

Only one or no descended testicles?

If only one testicle has descended in a young colt, we advise leaving them until 1.5-2 years of age. If after this time there is still only one testicle palpable, then they may require surgery at a referral hospital.

Standing vs Knock down

Routine castration can be carried out under-standing sedation or by a full general anaesthetic. We routinely perform castrates under-standing sedation. The positives to this approach are that it is less risky for the horse and is considerably cheaper. In some horses, it may be necessary to perform a knock down castration due to increased age or complicating circumstances (for example, presence of an inguinal hernia).

Tetanus is caused by the bacterium Clostridium tetani which lives in the soil. Horses are incredibly susceptible to tetanus, hence our recommendation for routine vaccination of all horses. If the colt or stallion you wish to castrate is not vaccinated against tetanus, we strongly recommend they have the first tetanus inoculation 4-6 weeks before castration, and then the second inoculation on the day of the castration.

It is important to keep the horse fairly still and calm 24 hours after castration to minimise the potential for bleeding. For the next 48 hours, the horse should be boxed and walked out in hand for 30 minutes twice daily. For the first 48 hours post op you must monitor the wound for any bleeding or anything protruding from the surgical site. An occasional drip of blood is normal, however a steady stream of drips requires veterinary advice. If you observe anything longer than 2cm hanging out of the wound, phone the vet.

Roughly 10% of castrations will have complications. Most of the time this is just mild swelling post op. Other possible complications include infection, excessive swelling and bleeding from the wound or testicular blood vessels. Very rarely more severe complications can occur such as evisceration. Evisceration is when a loop of intestine prolapses out of the surgical incision. This is a life-threatening complication and usually requires referral to an equine specialist hospital or euthanasia. Overall, if you are unsure of anything phone for advice. 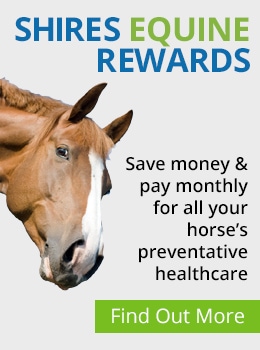