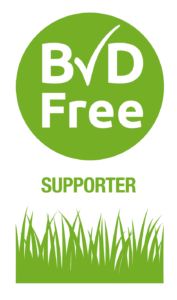 BVD is a highly contagious viral diseases of cattle. It is one of the biggest disease issues facing the UK cattle industry. BVD has been estimated to cost between £13 and £31 per cow in Great Britain. The national cost could be as high as £61M per year.

BVDFree England is an industry-led scheme designed to eliminate BVD virus from all cattle herds in the country 2022. It will develop a national database, storing individual and herd test results for scheme members. BVD free is based on achieving the elimination of BVD through identification and removal of animal persistently infected (PIs) with BVD.

The BVDFree Scheme will run on a voluntary basis until most of the cattle industry is covered by the Scheme, when a solid case can be presented to the Government for collaboration on the introduction of compulsory measures.